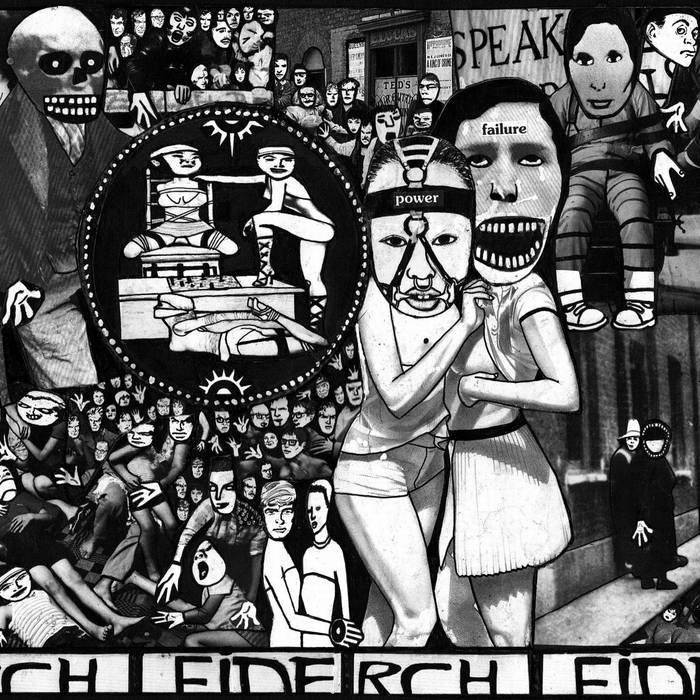 BACKSEAT MAFIA
And finally we arrive at ‘Jesus In The Manger’. It encapsulates everything that this album is. Dark, light, disjointed, melodic, contradictory, esoteric, musically ambitious, creative, moving, experimental, expertly crafted, obviously a labour of love, but above everything else it’s just a damn fine listen. Pure and simple.
It’s difficult to understand how an album that has so many different styles, sounds and attitudes hangs together so well as a single finished item. I imagine it’s got a little to do with hard work, talent, and dedication. Though in my humble opinion it’s because it’s got heart. A twisted, diseased heart. But heart none the less.

THIS IS NOT A SCENE

Context is everything. Ashley Reaks abandoned academia at an all boys public school after hearing the Ramones “Rocket to Russia” album and seeing Gee Vaucher’s artwork for Crass. After failing his art exam by tracing the cover of the first Ruts album, he embarked on a number of disparate projects including making music, collages and Dadaist poetry. His new album “Power Failure” is, in places, uneasy listening, but there is a sense that this is what it is trying to achieve. Ethereal passages of sound laced through with politics. So, context is everything. What Ashley Reaks has created is the product of his experiences and the sounds that have influenced his art. Not music made to a formula, but music created by life.